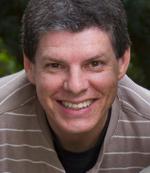 Emmett Loverde is a native of Chicago, Illinois and grew up in Berkeley, California. He earned a degree in Theater from UCLA.

Films that Mr. Loverde wrote, produced, and directed include “Till You Get To Baraboo,” “A Timely Maneuver,” “The Truth About Me,” and “Curtains: Linen Unleashed.” His radio adaptation of Edgar Rice Burroughs' “The Moon Maid,” for which he received a commission from The Hollywood Theatre of the Ear, was broadcast twice on National Public Radio. He created the series “Free Advice” with his brother Paul as well as the talk shows “Tag Team Talk” and “5-Minute Critix.” His stage comedies include “A Timely Maneuver;” “Beauty, Brains, and Personality;” “Jesus Awakens the Little Girl;” “The Killist;” “The Maginot Line;” “Play How You Play;” “Love Fax;” “Sensitivity, USA;” “Santa's Letters;” “Spotlight;” and “Uneasy Overture.” He has twelve plays in publication by Playscripts, Inc. and Heuer Publishing with over 200 separate productions to date worldwide.

He is a former member playwright of the Playwrights Kitchen Ensemble at Los Angeles' Coronet Theater, a former teacher with the Los Angeles Unified School District, a participating artist with The Virginia Avenue Project, and a member of The Fraternity of Phi Gamma Delta.

Adamo Press is proud to present his debut children's book Clawdette the Cat. 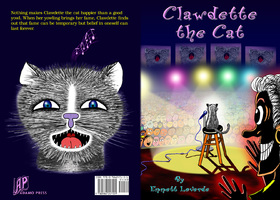